How Mindfulness Can Improve Well-Being And Performance In Olympic Athletes

It’s no secret that Olympic athletes face a lot of pressure. Pressure to perform at the most elite level in the world. Pressure to represent their country, state, hometown. Pressure to always be “on”. Add a pandemic to that and the load becomes one that has shown to be quite overwhelming and challenging.

A research study published in October 2020 stated that 1 in 5 Olympic athletes reported facing difficulty exercising due to mental health, motivation and COVID-19. 28 percent of the athletes surveyed in the study reported feeling nervous or anxious more than half of the days in a given week.

These stressors Olympic athletes face can significantly impact their overall well-being and performance if not addressed. Studies have shown that athletes who manage stress surrounding training as well as in competition can improve performance.

Over the last several years, Olympic athletes have started to speak out regarding how they manage their stress and the barriers they have faced regarding addressing their mental and physical health. One of the most discussed topics is how practicing mindfulness is key to quality performance and overall wellness during training and in competition. 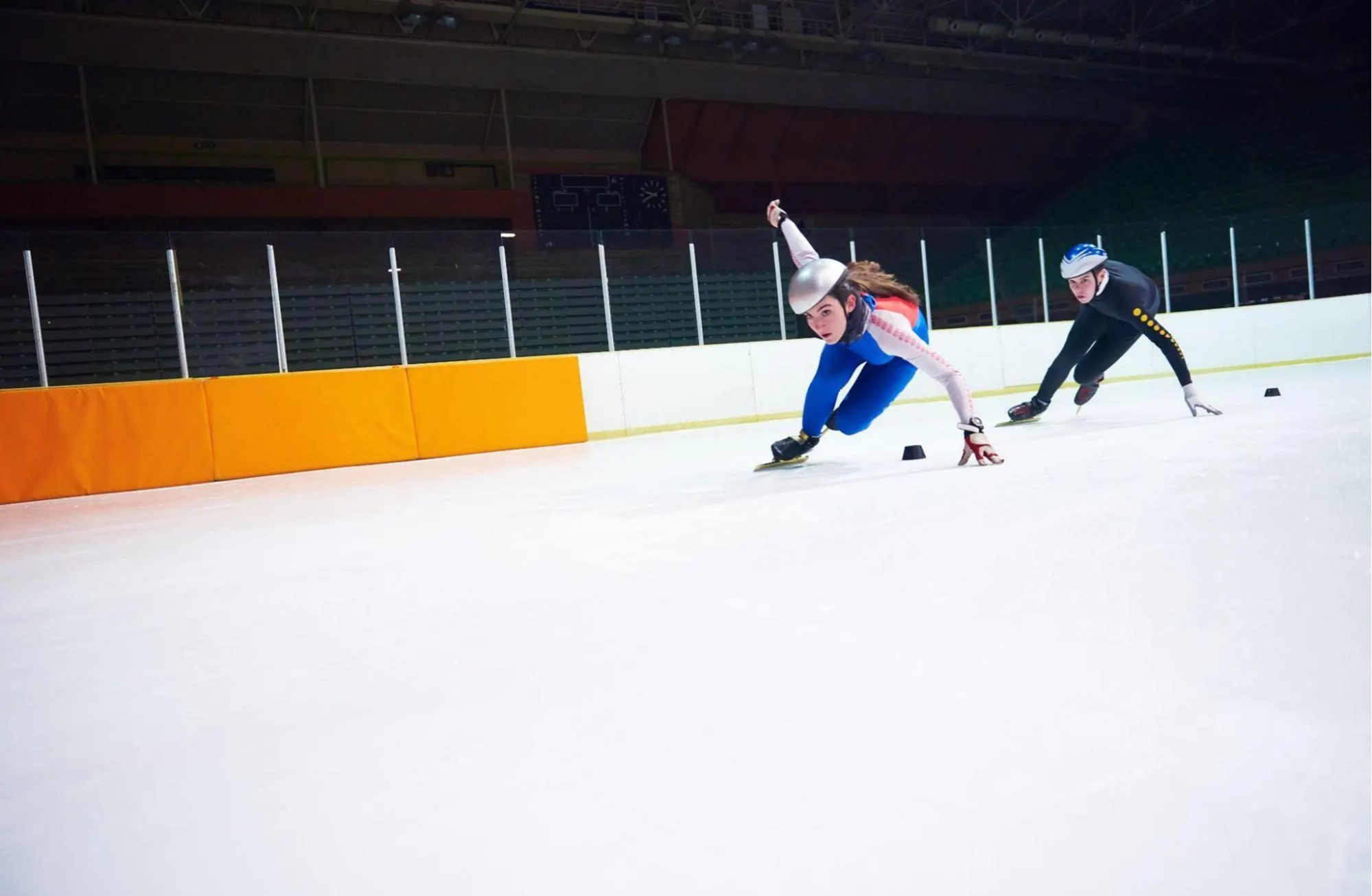 Mindfulness is the practice of being aware of your body, mind and feelings in the present moment, without interpretation or judgment. The practice of mindfulness involves breathing techniques, guided imagery and other strategies to relax the body and mind in order to reduce stress. 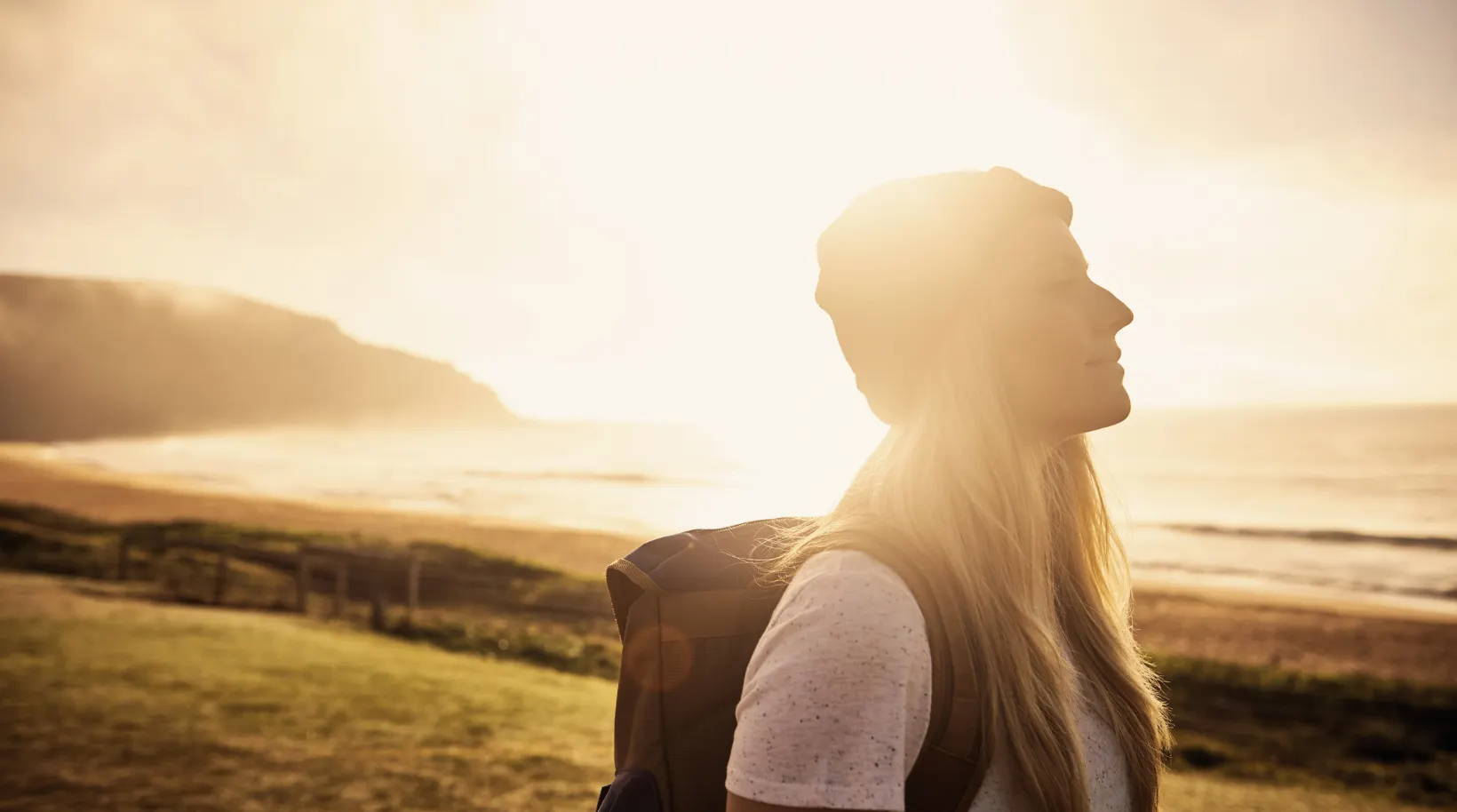 Along with stress reduction, there are several benefits to practicing mindfulness. Some of the health benefits are:

Practicing mindfulness can also improve the relationship you have with your own thoughts and emotions. When you are fully aware of how you are feeling, it’s easier to know what you need to feel more like yourself again.

How Olympic Athletes are Taking Control of Their Mental Health

In the 2021 Summer Olympics, Simone Biles took herself out of competition. In several interviews, she stated that she was experiencing a case of the “twisties”, which, for gymnasts, is when you lose sense of where you are in the air, causing you to lose control of your body. With the number of jumps and twists gymnasts perform, a case of the twisties can be very dangerous.

After this occurred, Simone decided to take a step back from gymnastics and focus on her mindfulness. She stated, “We have to protect our mind and our body, rather than just go out there and do what the world wants us to do.” With taking a step back and focusing on her mental well-being, she has been able to safely get back on the mat.

Another Olympic athlete, Michael Phelps, opened up about mental health challenges he was facing prior to the 2016 Olympics. By implementing breathing techniques, specifically the Lion’s Breath Technique, into his routine, he has been able to feel more grounded and focused. The lion’s breath technique is when you take a deep breath in, hold it for a second and then let it out with a roar-like exhale. He stated, “There are times when I struggle with identity because for so many people, all they see me as is a swimmer. That’s when a lion's breath does come into play.”

Other things Michael Phelps has done to prioritize his mental health are identify his emotions, say a positive affirmation before entering a room, exercising, ignoring negativity, asking for help and accepting himself where he is in the current moment.

With athletes like Michael Phelps and Simone Biles voicing the challenges they’ve experienced, many other Olympic athletes have begun implementing similar strategies to improve their mental health and performance. 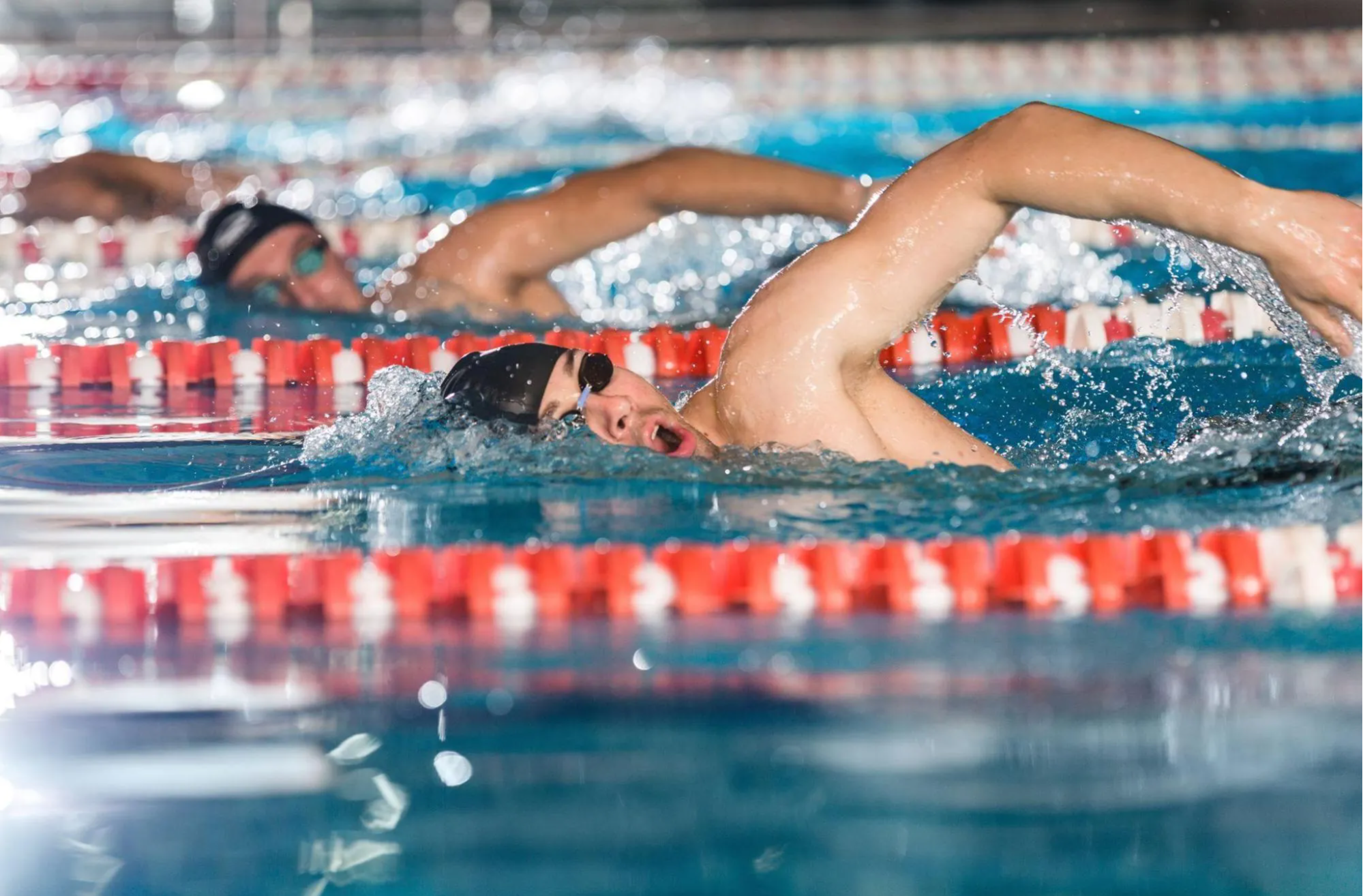 When implementing new things into a routine, the question usually comes up of where to start. The simple answer: just start. There is no right or wrong way to prioritize your mental health; the only wrong thing is to not do anything. Mental health and well-being is just as important to performance as physical health. If you don’t know where to start, here are 3 ways you can practice mindfulness in your day to day:

Breath work is any kind of breathing exercise that helps calm the body and mind. You can try the lion’s breath strategy, or you can try a few other techniques such as the 4-7-8 breathing technique. The 4-7-8 breathing technique is when you breathe in for 4 seconds, hold your breath for 7 seconds and then exhale for 8 seconds. You can do this a few times throughout the day, especially when you are starting to feel overwhelmed or tense, to let your brain and body know that it’s OK to relax. 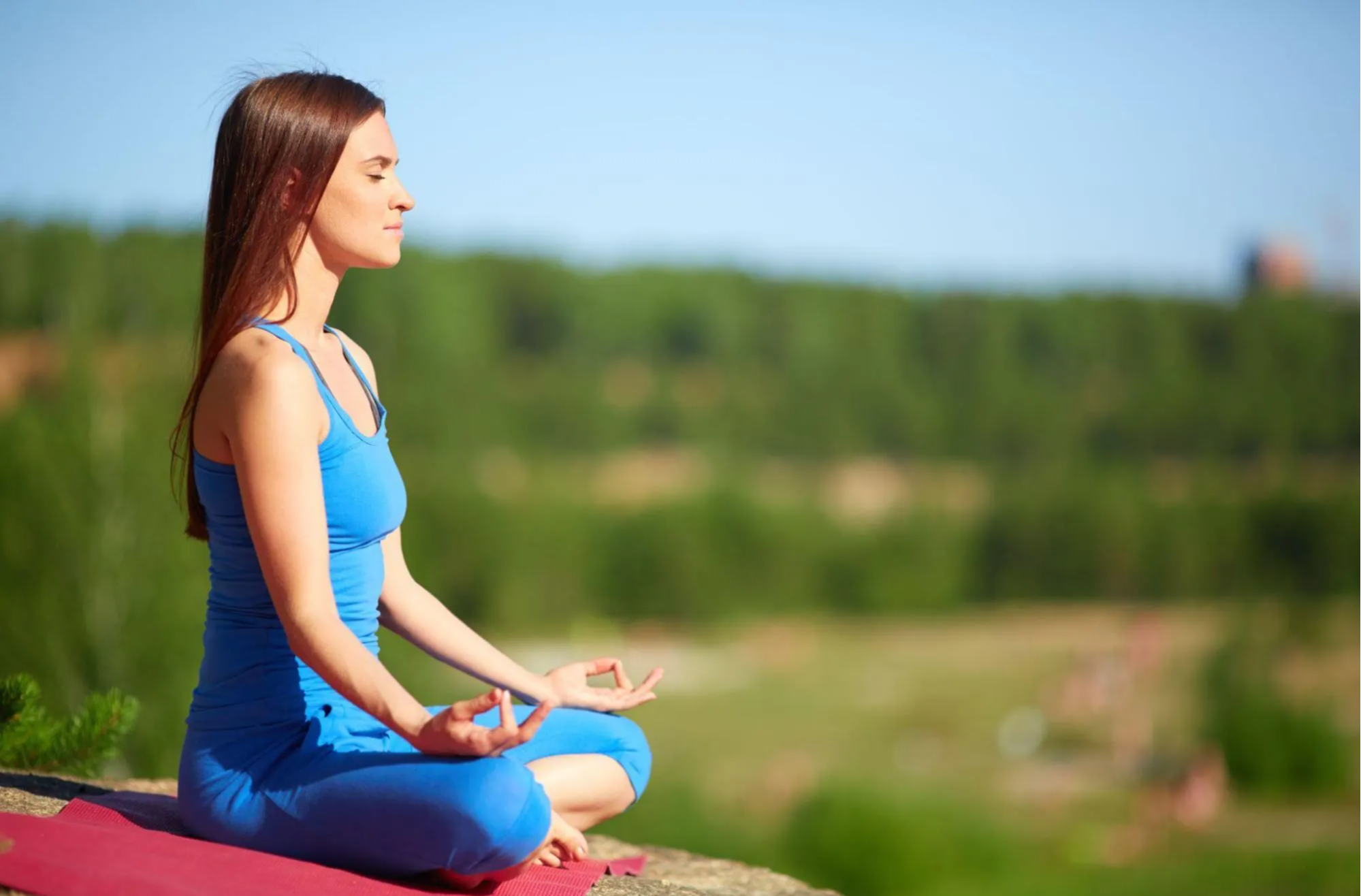 The Harvard Business Review published an article stating that humans have a limited capacity for concentrating over time. If you don’t take breaks, and allow your body and mind to recover, your performance and productivity suffer. Taking short, frequent breaks can reduce risk of burnout along with risk of injury. The key here is not waiting until you’ve reached the point of burnout to take a break, but to take breaks as a preventative and restorative measure. 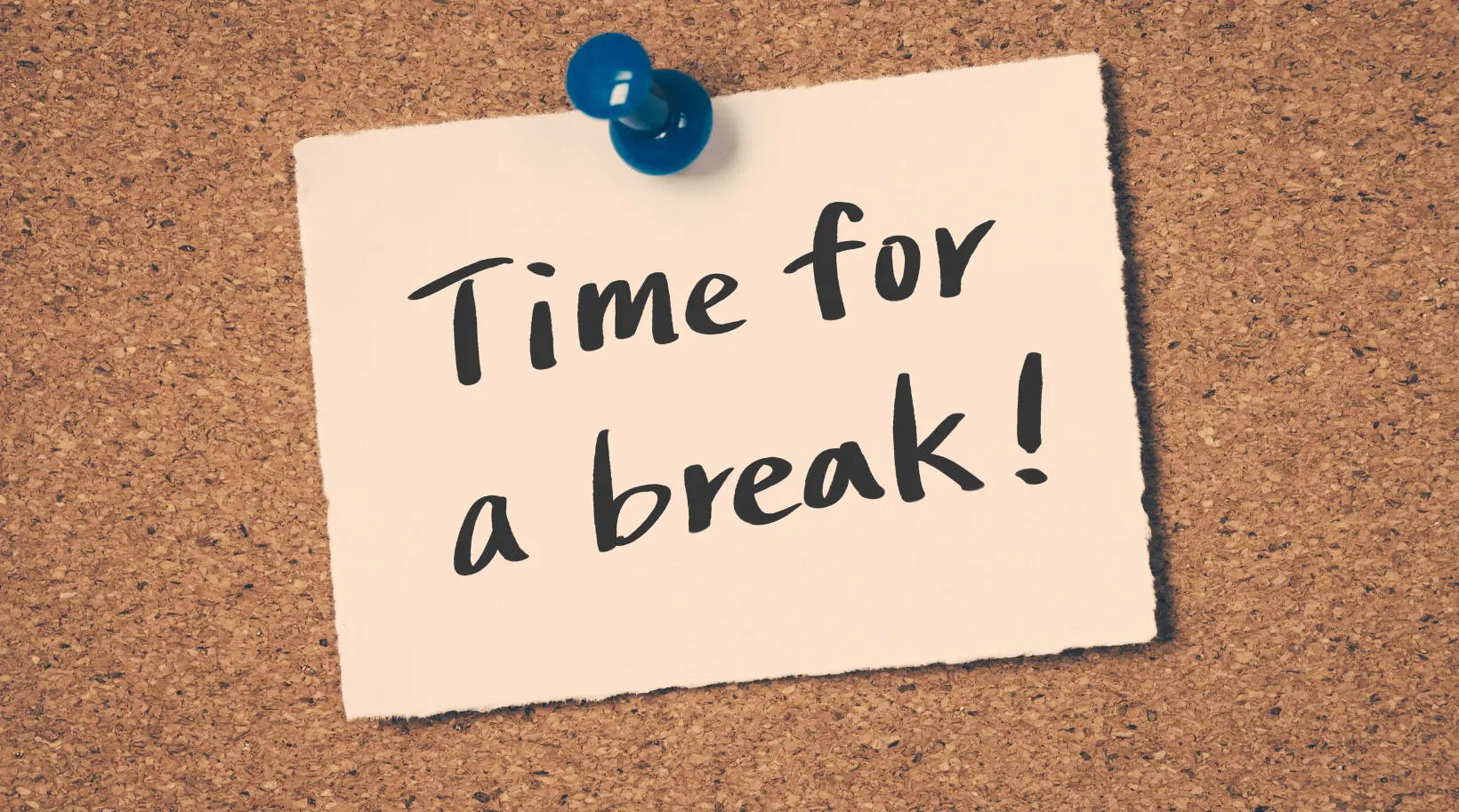 Too often our thoughts are racing to what’s going to happen next versus being present in the moment. Slowing down allows you to be more mindful about how you are feeling and the experience you are having at the moment. Being present can help you proactively implement stress management and mindfulness techniques instead of feeling like you can’t press the brake pedal.

In this digital era we live in, there are apps and wearables that can help manage your mindfulness throughout the day.  minder provides people with real-time support of their mindful well-being directly from their smartphones and watches. minder leverages your Apple Watch to provide patented visual, audio and haptic real-time biofeedback of posture, breathing and beneficial breaks, the most basic of wellness behaviors, to elicit users to start down their path to wellness. Remember, we are all human. You can’t always have your foot on the gas. Your body and mind need time to take breaks and recover before getting back to work, back on the mat or into the pool.