Forgiveness: The Greatest Gift you can Give Yourself 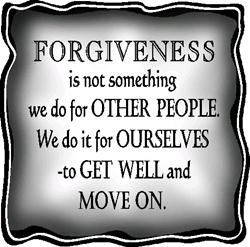 Mistakes happen. You argue with a partner. You work late and forget about a friend’s event you said you would go to. You double book yourself. You forget to water your plants for a month. You burn the toast. You show up late to a meeting. Instead of beating yourself up about the mistakes you have made and thinking you’re a terrible person, what if, instead, you practiced self-forgiveness? Forgiveness is defined as a conscious decision to release the feelings of resentment or anger toward a person or group who you believe has hurt or mistreated you. Self-forgiveness is letting go of the anger or resentment you feel towards yourself for an offense, flaw, or mistake. It’s the process of learning from your mistakes and acknowledging the guilt you may feel without placing value on it.

When you hold on to anger and resentment, your body remains in a heightened fight or flight response, which can take a toll on your health and well-being. It can cause things like high blood pressure, anxiety, depression and weakened immune response. Good news is, research has shown that individuals who engage in self-forgiveness live healthier lives. Their blood pressure is lower, they have better sleep and report physically feeling better.

Practicing self-forgiveness isn’t a walk in the park. In a society where you place a lot of pressure and stress on yourself to perform perfectly, the thought of accepting your mistakes, learning from them, and ultimately moving forward can sound a bit daunting. People also tend to get hung up on the idea that if you forgive someone, or yourself, that the mistake or hurt will be forgotten, that you (or they) are no longer in trouble. Research suggests that framing forgiveness as a way of letting go of the negative emotions surrounding a mistake provides you with a way to move forward. It’s not about forgetting what has happened but addressing it with a different lens that allows you to take ownership of your own process of forgiveness. One component of self-forgiveness is understanding that you can’t change what has happened, but you can take a healthier approach of working through your feelings. 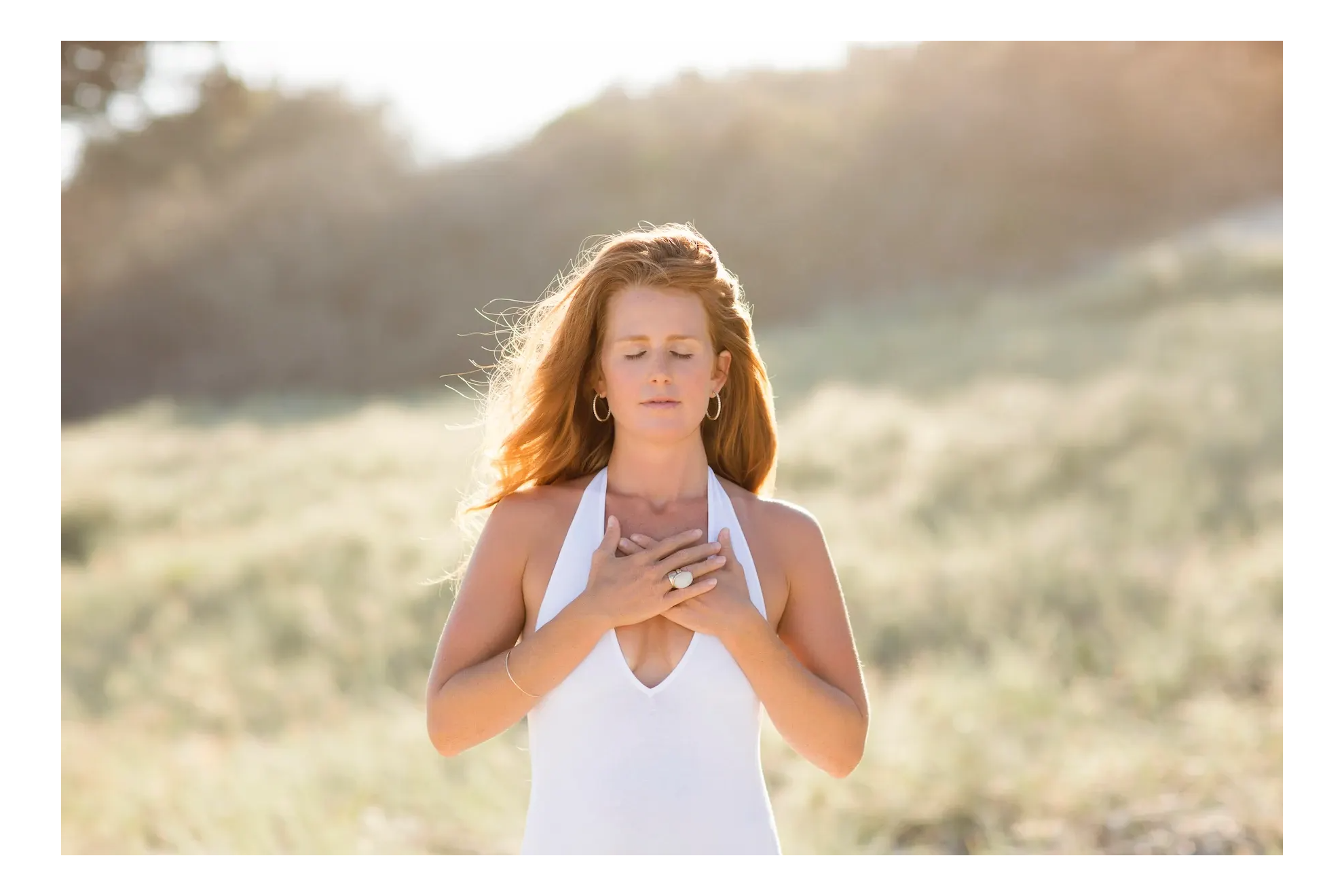 When you think about the consequences of your mistakes, are you realistically assessing the impacts or are you allowing yourself to believe that you will get fired, aren’t a good cook and just aren’t capable? Mistakes and the process of self-forgiveness requires you to address the underlying beliefs you have about yourself. When you make a mistake, instead of believing you will always fail or never be good enough, put things in perspective and utilize self-compassion. This process can help you accept what happened without feeling like you are a bad person.

Acknowledge the way you are feeling

When you make a mistake, guilt is a normal, and even a necessary feeling to have. Feeling guilty implies you did something bad, not that you are a bad person. If you stay stuck in feelings of guilt, they can translate into feelings of shame, in which you would then start to see yourself in a negative manner. Focus on what you are feeling without judgement.

Let go of the idea that things must be perfect

When you are holding yourself to an unrealistic standard, when you fall short of that, it’s more challenging to exercise compassion and self-forgiveness. You see your mistakes as failures. Acknowledging that you are human, and that it is normal to make mistakes, will allow you to exercise forgiveness. You are doing the best you can with the information you have. 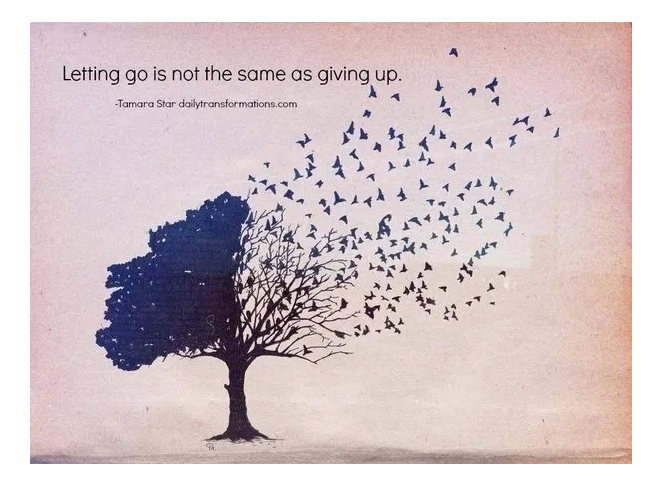 Focus on a growth mindset versus a fixed mindset

It’s easy to think that it will always be this way. That you will always be late to the meeting or be the one that says the wrong thing. Having this mindset increases feelings of shame, feeling that you are a failure, pressure to hide your flaws and mistakes. A growth mindset is one in which you believe that things can be improved. You embrace your mistakes and use them as opportunities for personal growth and self-improvement.

Be patient with yourself

Self-forgiveness can feel a heck of a lot harder than forgiving someone else; especially when you tend to put others first and place a lot of pressure on yourself to have everything perfectly curated. That’s normal! Trust the process and give yourself time to work through these steps. Also realize that certain mistakes will be easier to forgive yourself for than others. Mistakes involving other people such as arguing with a partner, or a colleague, may take more time than burning toast. 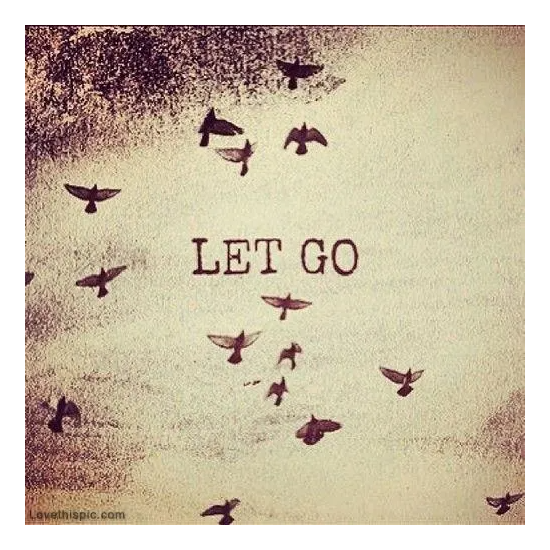 Accepting your actions, learning to lean into your feelings, letting go of perfection and having a growth mindset won’t always align perfectly. You are dealing with emotion, feelings about yourself and others and overall life. These steps towards self-forgiveness take time and energy.

One way to practice putting some of these things into action is to write a letter to yourself. Say what you’re feeling, why you’re feeling that way and what you have learned from the mistake you made. In this letter, acknowledge your mistake, forgive yourself for making it, just like you would another person, and write down how you plan to do things differently moving forward.

In practicing these steps to self-forgiveness, remember that you aren’t alone. Everyone makes mistakes. Work through this process one step at a time, and don’t feel like you can’t go back and repeat steps as needed. After all, mistakes are a part of life; it’s about time you start allowing yourself to use them as growth opportunities versus chances to tear yourself down.